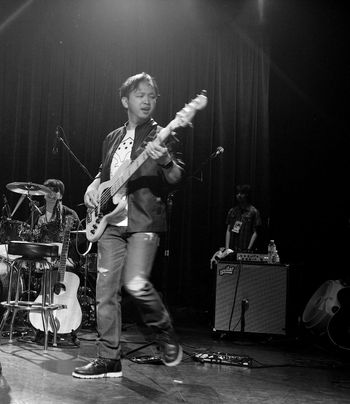 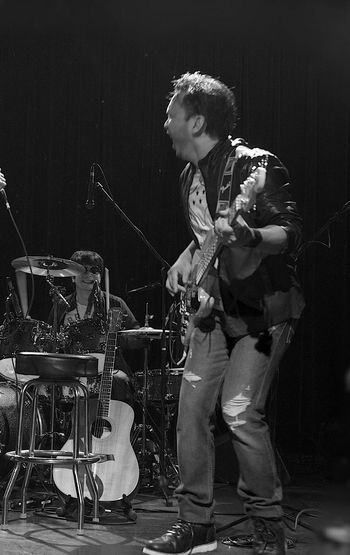 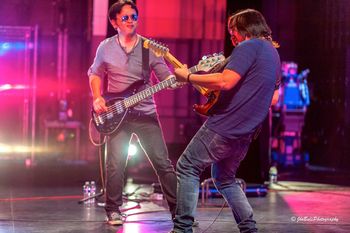 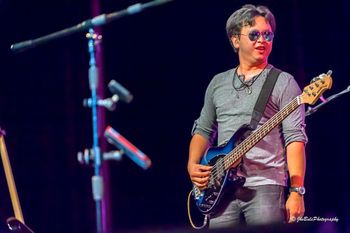 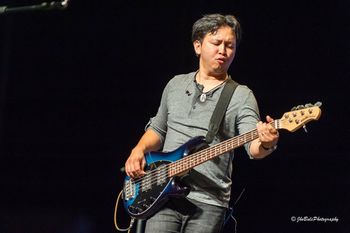 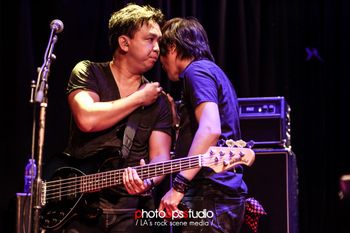 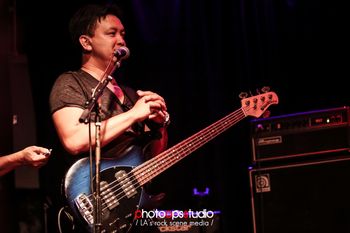 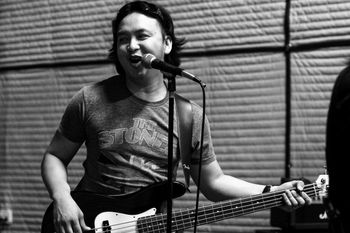 Share photo gallery
Heaven Arespacochaga once asked his father, Paco Arespacochaga, who the best bass player for INTRoVOYS among them that have held the spot.  Paco’s reply… “JD Dela Paz”.  And here’s why.

JD’s got swag.  JD’s got talent.  And JD’s got the right attitude, which is very important when you’re in a band that believes each member is an equal driving force to keep the band moving at 100% intensity.

But the bass guitar was never his instrument until a need that had to be filled came at an opportune time. The rest is history.

Jonathan Dela Paz (known as JD) was born on January 4th. At an early age, he participated in numerous school plays and church musicals. He was seen to display such ease and confidence performing in front of a crowd. It was second nature to him as people would always compliment. Yet beneath that surface was a young kid coy and nervous.

At age 14, JD learned playing the guitar. He was mentored by Oliver and Florencio Lapined, who at that time were the lead guitarist and bassist of the local Christian church (in Pasig, Manila) his family was a part of.  His involvement in the ministry allowed him to be trained, coached and developed as a musician. JD learned and realized how important it was to align his talent and his heart to give glory to God. With guitar being his main weapon of choice, JD was also taught to play other instruments such as bass and drums. He considered it a privilege and honor when he was equipped as a worship leader. From then on, his passion grew stronger. He pursued to find and discover ways to better himself as a musician and worshipper. In 1999, JD became a member of Victory Christian Fellowship (Galleria) and served in the worship team. His musical influences include Paul Jackson Jr. and Abraham Laboriel.

In 2001, JD migrated to Los Angeles, CA. It was a challenge acclimating himself to the American culture and way of life. His background in Physical Therapy brought in caregiving job opportunities. In 2002, JD joined Morning Star Christian Church (now Every Nation City Church based in Van Nuys, CA). A bass player was needed at that time. It was that need that inspired and motivated him to respond to the call. His willingness to be taught and have his skills honed and sharpened opened new doors for him. JD and Introvoys guitarist, G3 Misa both serve at Every Nation City Church's worship team. In 2012, G3 introduced him to Introvoys drummer, Paco Arespacochaga. The introduction was timely. Introvoys needed a bassist.

Aside from being the band's bass player, JD is an entrepreneur. His humble beginnings prepared him and stretched his faith paving the way to where he is now in life. JD is the CEO of Prime Senior Residential LLC, a company serving the senior care industry in Los Angeles and Santa Barbara counties. Several business projects are in the works as of press time. He lives in Winnetka California with his wife, Carol and two kids, Enzo and Leanne.